Your Brightest Smile is yet to come

The Far-Reaching Impact of Gum Health 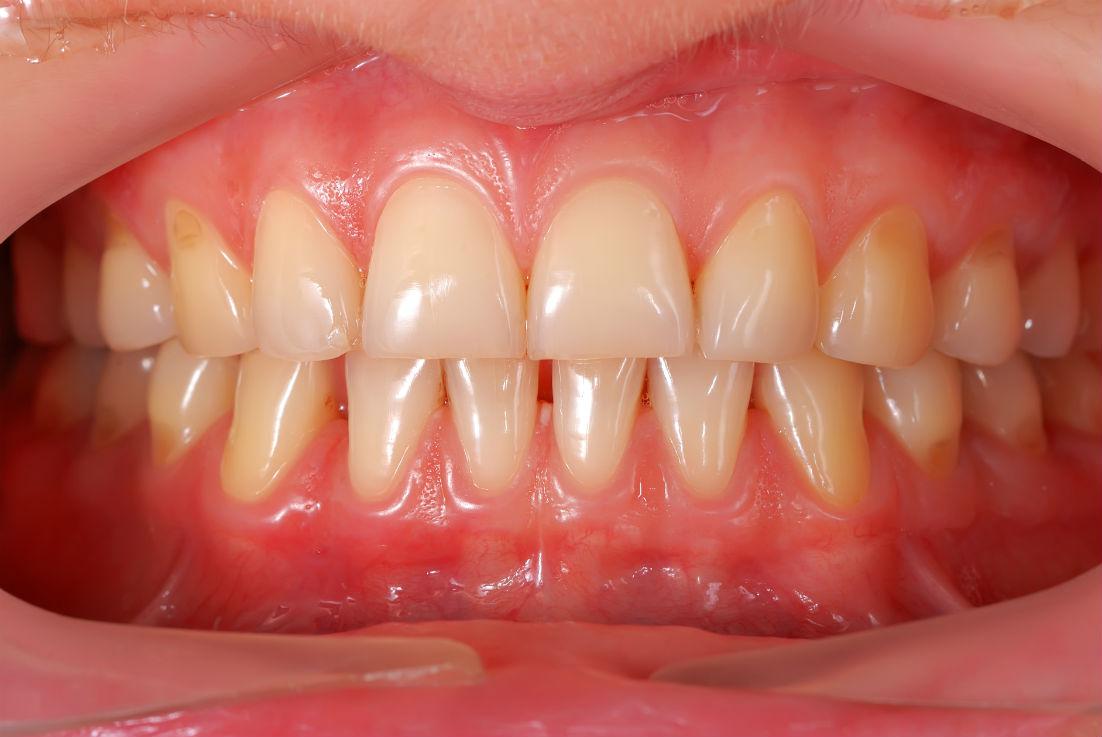 When we think of oral health, our focus tends to be on teeth. Everyone wants that movie star smile, right? However, even though your pearly whites might steal the show, gum health plays an integral role in your dental and overall health. Unfortunately, because early signs of gum disease are often painless, most people aren't aware they have this potentially dangerous condition.

The Centers for Disease Control and Prevention estimate that almost half (47%) of all Americans over the age of 30 show signs of gum disease, and 9% of adults are impacted by severe gum disease.

What is Gum Disease?

Gum (periodontal) disease is an inflammatory disease that causes ongoing gum infection. It starts when plaque, a sticky, bacteria-filled film, builds up under and along the gum line. Plaque can cause infections, including gingivitis, the earliest stage of gum disease.

When gingivitis is left untreated, it can advance to periodontitis. In patients with periodontitis, the inner layer of the gum and bone pull away from the teeth and form pockets. Debris can collect in these small spaces and become infected. As the plaque spreads and grows below the gum line, the body's immune system fights the bacteria. During this stage, toxins produced by the bacteria in plaque and the body's enzymes involved in fighting infections start to break down the bone and connective tissue that hold teeth in place. As the disease progresses, the pockets deepen, and more gum tissue and bone are destroyed, often resulting in tooth loss.

We each have billions of benign bacteria living in our mouths that are known collectively as oral biofilm. When these bacteria become trapped in plaque between the teeth, they produce pathogens that cause infection and inflammation of the gums. Pathogenic bacteria produce toxins that are released into the bloodstream. As a result, the immune system reacts to the pathogens and their toxins by causing the liver to produce C-reactive proteins (CRP).

The increase in CRP levels results in chronic, low-grade inflammation throughout the body as it stays in a constant state of preparedness to fight the infection. If periodontal disease remains untreated, the body adjusts to this heightened inflammatory state, making the immune system less responsive.

Scientists have long believed that inflammation linked periodontal disease and systemic diseases such as respiratory disease, chronic kidney disease, rheumatoid arthritis, and metabolic syndrome. The thought process was that just as periodontal disease contributes to a buildup of plaque on the teeth, it also can contribute to a buildup of plaque in the arteries, which increases the risk of heart disease. While this may still be the case, other studies are now finding connections between periodontal disease and specific forms of cancer, such as esophageal and gastric cancers.

Over time, chronic inflammation can cause irreversible damage to your immune system, and this damage is thought to be a critical factor in the link between periodontitis and cancer. However, the exact connection between the two diseases has yet to be defined.

In July 2020, Harvard published the findings of a long-term study that showed people with a history of periodontal disease were 43% more likely to develop esophageal cancer and 52% more likely to develop gastric cancer compared with people whose gums were healthier. Additionally, patients who developed esophageal or gastric cancer also had a presence of dysbiotic oral microbiome, which suggests a link between oral health and these cancers.

What does this mean?

It's important to note that the Harvard study was observational and doesn't prove that gum disease causes cancer. Further research is needed, but it could mean that in the future, gum health will be included in a patient's overall cancer risk assessment.

The good news is that gum disease is preventable. The following are simple steps that can help prevent bacterial infection or reduce inflammation:

Considering the far-reaching impact gum disease can have, it's important to do what you can to prevent it. This includes regular dental check-ups and practicing proper oral hygiene. If you have any questions or concerns about periodontal disease and its potential connection to the increased risk of other diseases, we encourage you to contact our practice.